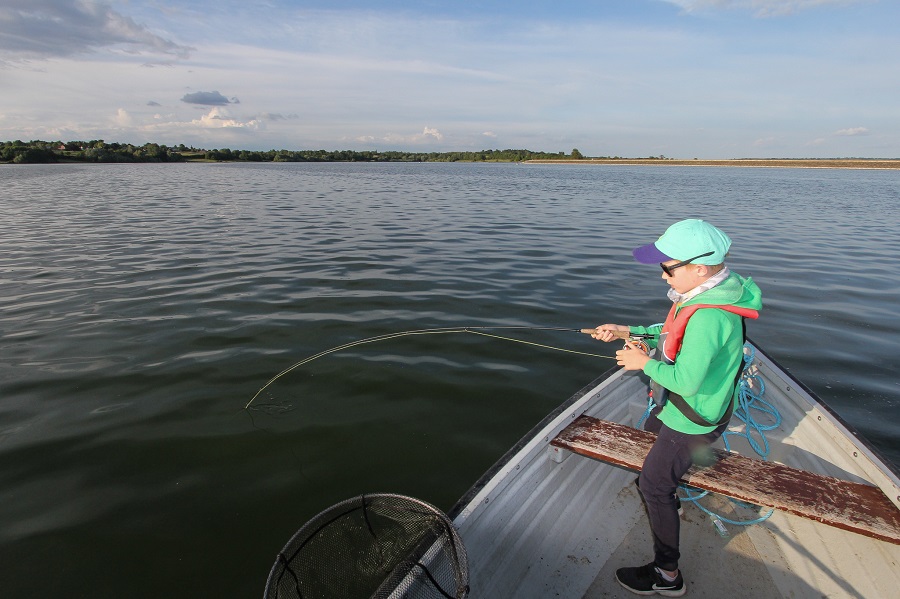 Me and my boy are pretty tight, I’m sure this is the same for lots of father and son relationships.

Sadly, I never had this growing up ( long story ) and so I’ve been determined that Ben, my son, and I would have this close bond and to get this bond boys need time with their dad, simple.

A friend of mine, let’s call him Tim, and I used to go salmon fishing each year. His dad would tag along with us, he’d include his dad in a lot of his leisure time, an amazing thing to me considering my upbringing, and together, the three of us, would have a great time, great food and drink, mediocre fishing, but amazing company, both guys a being a real pleasure to be around.

One day, his dad took me aside, I had a little girl at this time Poppy and my wife was pregnant, we were hopeful for a boy.

Tim’s dad, let’s call him John, explained to me that if we did have a little boy that boys are far more different and at times more complex than girls when it comes to their relationship with their dad.

“Once they hit seven years old, you must spend time with your son. There’s whole new world of testosterone and other hormones running through them and from seven years old onwards they need ‘man time’!

John had a few sons, and he was adamant that he’d go out with them for ‘man time’ at least once a week.

“By doing this now Steven, spending this time with them, you’ll build a solid relationship, one that’s so strong you can manoeuvre them as they get older, they don’t resent you, they look up to you!

You’ll be able to have them wanting to spend their time with you rather than doing daft stuff!” By daft stuff he highlighted teenage boy nonsense, like being an idiot and getting into trouble pretty much.

Looking at his sons, every one is a gent, it was hard to argue with his formula! Wise words…..

My boy is sport daft, in no particular order here are his hobbies and the clubs that he’s involved with..

Fishing though, his new thing, I certainly can, what’s more I can nurture and encourage it.

We started off a few years ago, a spot of crabbing on the beach, then it was coarse fishing, this was fun, I loved it as much as he did, there’s something about the electric jolt of the float bobbing under!

But he always wanted to ‘go fishing with dad’ which meant fly fishing.

So, we started fly casting in the garden, talk about frustration, jees, but he kind of got to grips with it. We moved on, trying to get the fluff on the end of his line into different hoops placed around the garden. He loved that, it’s a game then, boys love to compete, even if it’s just against themselves!

Finally, a few weeks ago, I booked an evening boat on Draycote Water, ‘same family fishing’ during these times. I’d timed it so that we could flick dry flies and perhaps catch a fish!

The team there are awesome, it’s a great example of well run fishery, clean, tidy, friendly and knowledgeable staff – and they took the time to make by boy feel very welcome!

For Ben, I’d made the fishing simple..

Well, what a blast we had.

He had the excitement of being in a boat, in a large body of water, being with his dad, and casting a fly rod, his own one! He was buzzing, and so was I!

It was a stunning evening, the occasional fish moving, he loved seeing them and got far too over excited trying to cast at them, which led to some impressive tangles even with the one fly!

I’d catch one and pass the rod to him, and he’d be in his element, fighting the large, resident trout like Hemingway playing a 1000lb marlin. The rod going this way and that, pumping and winding, the fish pulling the rod around this way and that as he struggled to contain it’s powerful lunges. He often yelped in pain and surprise as the reel handle whacked him on the back of the knuckles as the fish powered off.

However, the highlight of the evening for both of us, was when I saw a fish coming upwind, I knew if he could roll his fly anywhere near it, that this trout would take.

“Ben roll straight out in front, there’s a fish!”

He did his fly – a possum emerger, the only thing I had that wouldn’t sink after the maniac casting style, alighted on the water like thistledown I kid you not!

It disappeared in a swirl.

He did and the little 3-wt hooped over as the fish went crazy and went deep away from the boat!

After the first run and he’d gained some control it went under the boat, not once but twice and nearly taking Ben with it as he held on, leaning over the boat trying to follow it!

After what seemed an age it came up near the boat and I launched at it with the net, I wanted this fish sooooo bad, I got lucky, it went in first time of asking!

Well, I can’t tell you how good it made me feel, I was as chuffed as he was, probably more so, my little boy’s first trout, from a drifting boat and on a dry fly too, get in!

The excitement never ended there though, what’s more exciting than catching a big trout on a dry fly from a drifting boat?

Well, for a seven-year-old it’s driving the boat back to the harbour, even if your feet don’t touch the floor!

If you have a little boy, try and get him involved, nothing heavy, just see of they like it. Girls too, I used to take my daughter but she is bored of it now, so there’s no point in pushing it.

I guess what I’m getting at is this, spend time with your kids, it’s a simple message. I’m lucky that my boy is into the same things as me.

He’s also, like me in many ways, for one he’s competitive. His last comment as we came onto the harbour was this..

“Dad, I think my fish was bigger than yours.”

PS: My daughter, Poppy, said that she wanted a mention as she saw me write this, so here it is..

Poppy, you’re beautiful, crazy clever, stylish,  full of empathy and compassion for others too, in a nutshell, just like your mum.

See what I did there….

If you’d like to get out on Draycote Water or indeed, Thornton or Eyebrook, all of which are run by Ifor Jones and his team, then tickets can be booked through the website:

All About The Numbers Mate!

We fly fishers, are quickly falling into the numbers game. It’s inherent in most of us, we are hoarders, collectors, and boastful of things, not all, but most. Let’s start with the important bit, rods! It used to be, back ‘in the day’ that we owned one rod. This sturdy bit of cane, carbon fibre, […]

Fish Of A Lifetime, Time!!

four, five, six, seven, and even double figure trout are there to be targeted and caught each and every trip!

10 Top Tips For Success On Stillwaters

10 Stillwater Tips 1. Take It All In When you get to your chosen venue make sure you quiz the fishery staff as to what’s been happening. You need to know, flies, tactics, and how deep/shallow to fish the flies, but most important, are the areas. Check out other anglers, are they catching? If they […]

When the trout are up in the water, keep those flies just under the surface. In this Blog I share my favourite patterns and why I favour them for this style of fishing. In the past, November and December would be the ideal time to get out the fast-sinking lines and some weighted lures. The […]

The 5 Must-Have Grayling Bugs! If you’re looking to target the ‘Lady Of The Stream’ then you need these proven patterns in your fly box! When it comes to fishing for grayling it really isn’t that difficult, however arming yourself with the correct flies makes catching them a whole lot easier! I have been fishing […]

How To Tie the Red Holo & UV Diawl BACH

This is a great little nymph that works very well from May to September.

How To Tie the Nemesis

How To Create A Dropper

How To Attach A Fly To Tippet